THE MYSTERIOUS PAST OF BETHEL CEMETERY 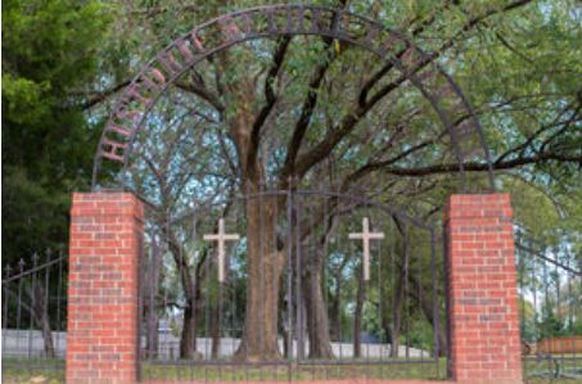 Coppell's Bethel Cemetery dates back to the 1850s when the first settlers arrived in Coppell.

​The city of Coppell wasn't established until 1955.

Stories of its past, however, date back to more than a century when the first settlements were established in the 1860s.

One of the few sections of town that date back to past the turn of the century is the Bethel Cemetery.

The cemetery was established in 1853 and Pete Wilson, secretary of the Coppell Historical Society, said this was around the same time the first settlements arrived in Coppell.

The cemetery, he said, was used mostly as a private cemetery for many years, used solely by the family who owned the land.

Wilson said in the 1870s the family allowed outsiders to be buried at the cemetery and had been used as a public cemetery for the following years.

Wilson said the cemetery had been abandoned for the most part until it was restored in the 1990s.

One of the biggest controversies in Coppell’s history occurred in the 1960s and 1970s when development found its way west into Coppell.

Wilson explained a developer planned to build houses near the cemetery, but homes were built, many of which remain to this day, on top of grave sites. He added by the developer was unaware of the situation until the homes were built.

“It was an unusual situation,” Wilson said, noting many people may not know of the story if they recently purchased homes in the area.

Wilson said an archeological study was done on the cemetery many years ago and found there to be many graves near the creek by the cemetery, far from the main section of the cemetery.

While nothing has been confirmed, Wilson said, the grave sites by the creek are possibly those of African-American slaves who died around the turn of the century.

Bethel Cemetery may hold many secrets in its more than 100-year history in Coppell, but one legend of the graveyard still lingers.

The cemetery, located east of Moore Road and north of Belt Line Road, holds a grave to a person named “Oda Kirby.”

Reports from “StrangeUSA.com” and “Unexplained-mysteries.com” say the tombstone appears over exposed in photos, with several photos showing orbs of light surrounding the grave.

Wilson said he “firmly doesn’t believe” in any tales of haunting at the cemetery.